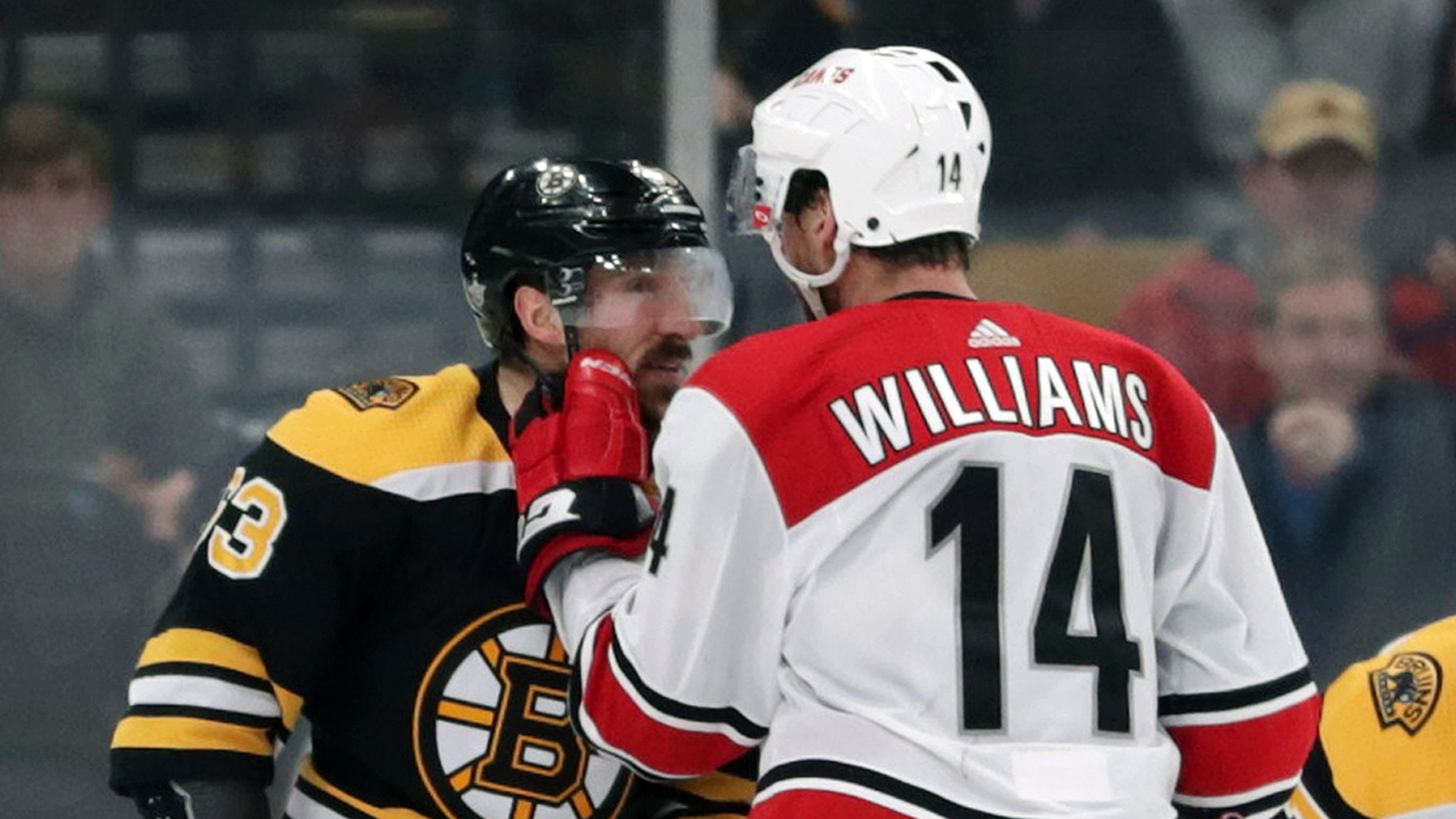 Brad Marchand is a well-known figure in the NHL.

He is known on one hand as the dynamic scorer and the forward of the Boston Bruins, who has scored 100 points for the team in the regular season and is also leading them with his postseason scoring spree. 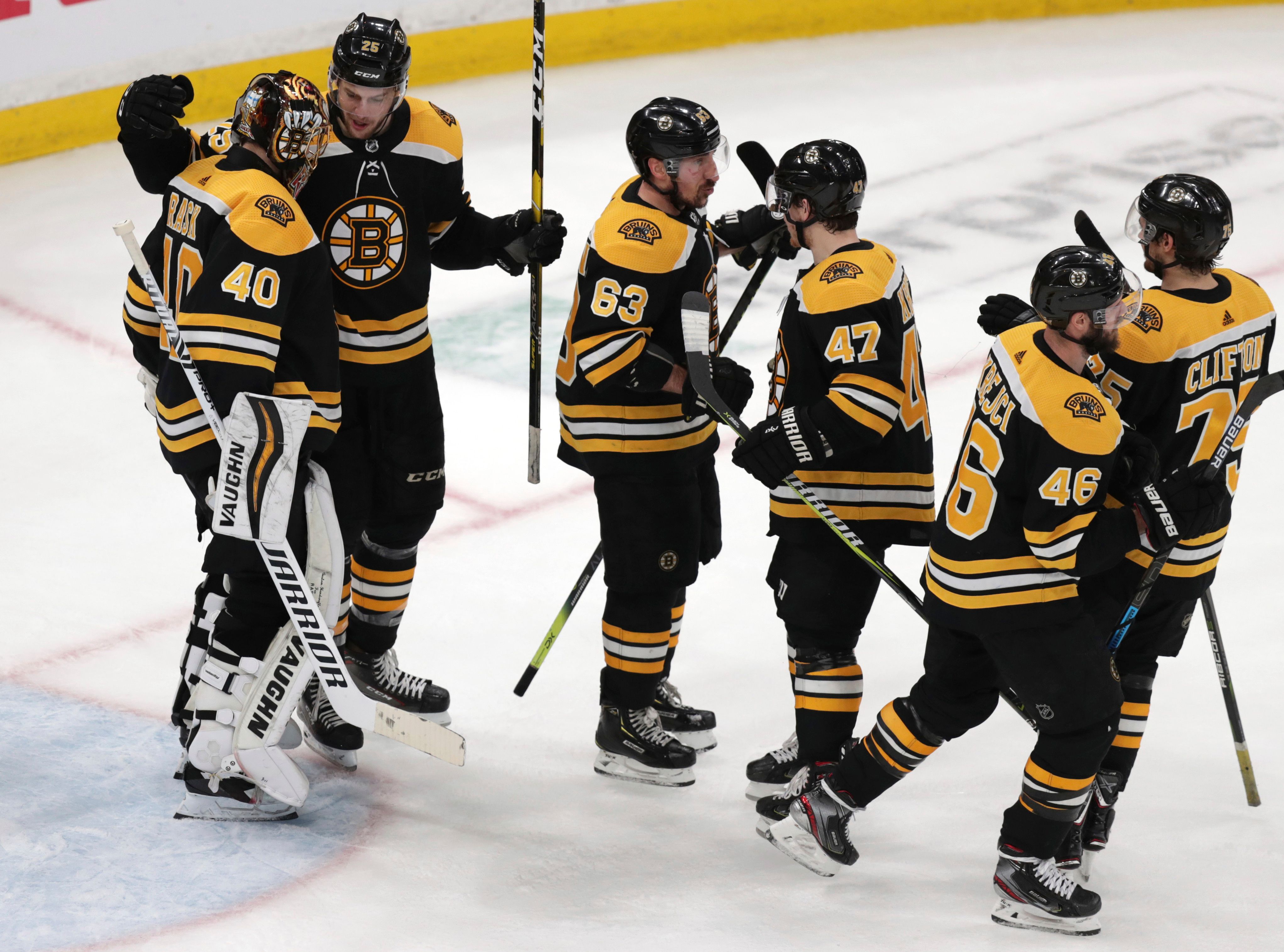 While on the other hand, he is infamous for being a pest who often disrupts a fair play and tends to get under the skin of his opponents. Well, his tactics might be underrated; they still work in favor of his team.

This is what exactly happened on Sunday night game of Boston Bruins 6-2 win against the Carolina Hurricanes during the game 2 of the Eastern Conference finals. 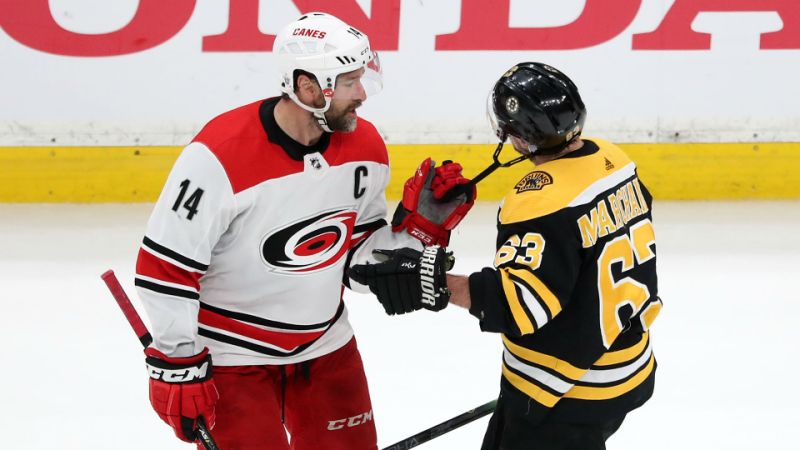 During the 2nd period of the game, Marchand was seeing hooking the captain of the Hurricanes, Justin Williams. The 37 years old Williams, who is the winner of the Stanley Cup three times, was not feeling all too great about it as he grabbed Marchand by face and confronted him head on. During this heated exchange, Williams even unbuckled the helmet Marchand was wearing.

As for Marchand, he acted wisely and did not start fighting with Williams and that led to Williams being assessed for the only penalty on this play which was two minute in the holding.

Marchand was making sure that the Hurricanes captain was receiving a penalty ticket to the box as he pointed towards the right direction for Williams. Marchand did not stopped just at the pointing, he also mocked Williams by making the C on his jersey with his hands.

The Bruins by this time were already leading the game by 3-0 and added a fourth goal and ultimately won the game to lead the series by 2-0.

Williams talking about the exchange between him and Marchand said, “I am disappointed of myself and not anything else. I am old enough and I should have been able to know better.”