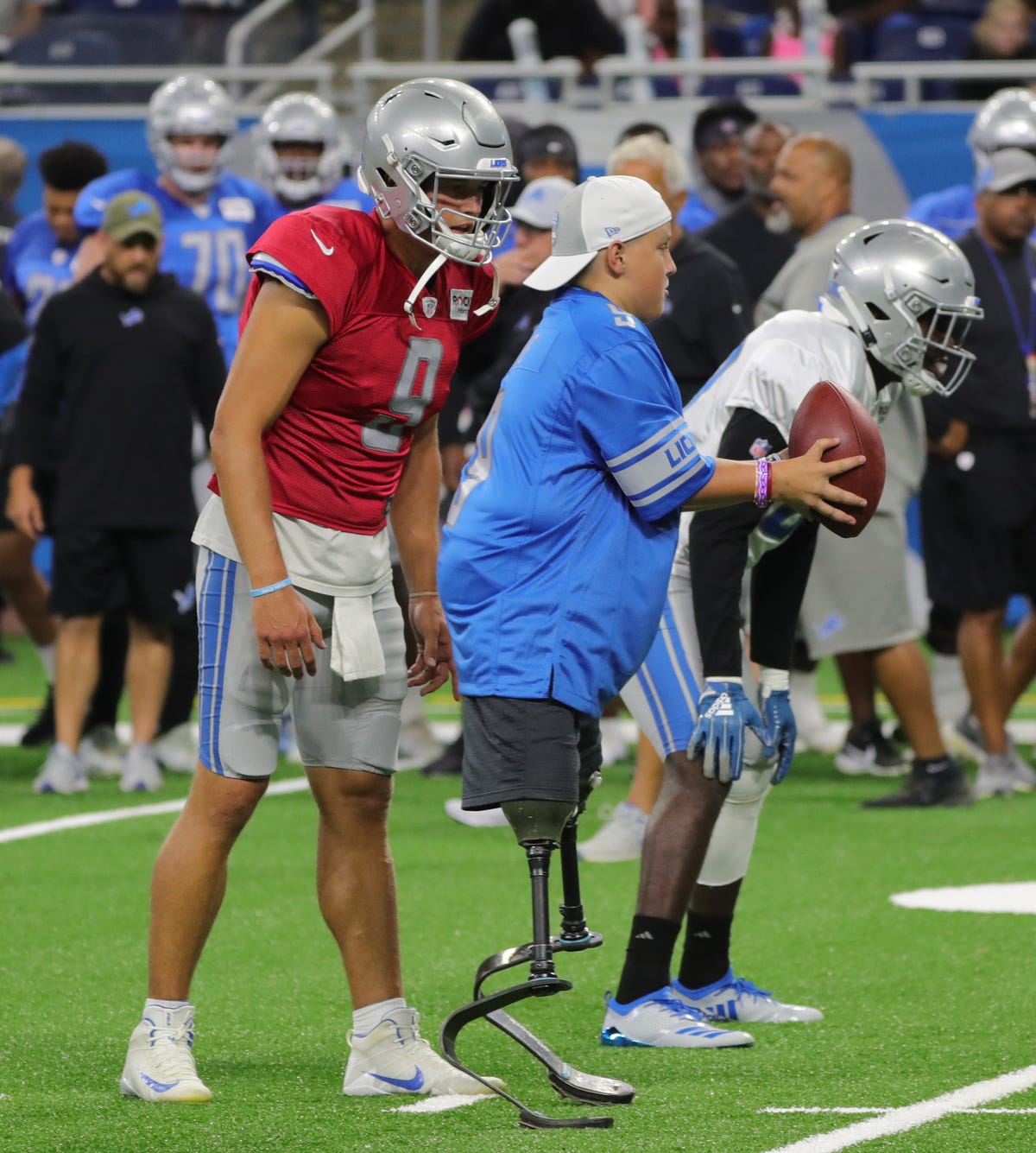 Calder Hodge had absolutely no idea as to what to expect when he was standing at the Ford Field’s sidelines before the intrasquad scrimmage of the Detroit Lions practice game. 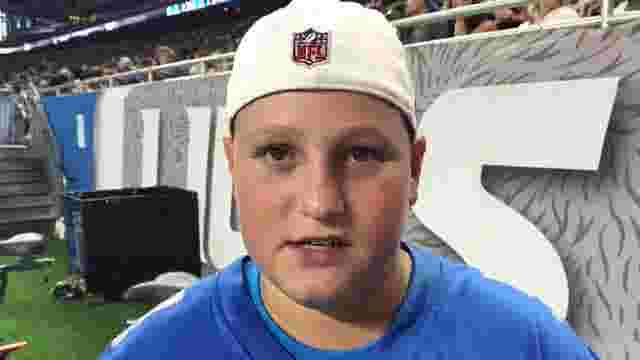 At first, he was asked by Marvin Jones to throw his some passes for a warm-up and then he was called on the field for a play by Matthew Stafford. 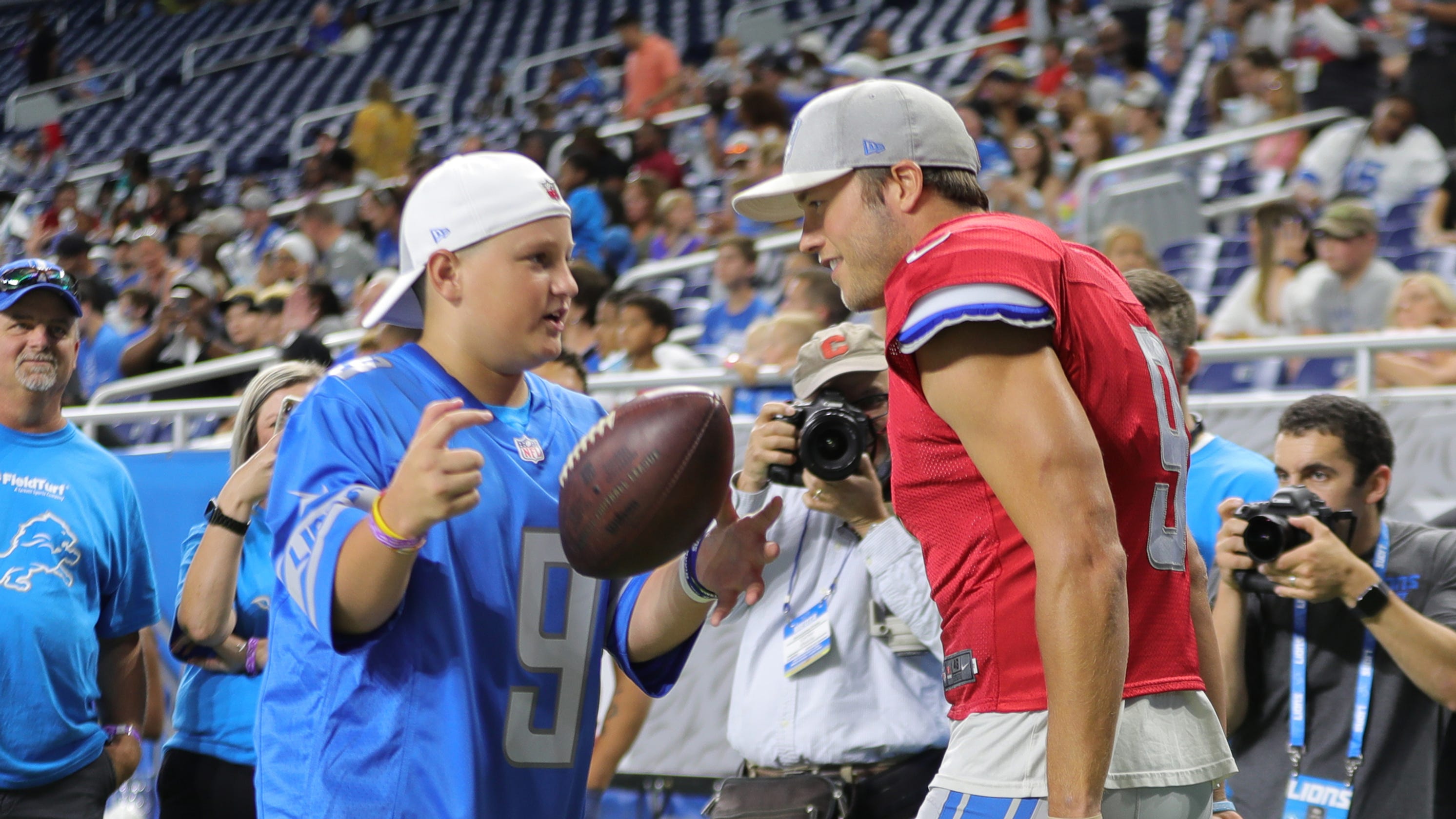 Calder Hodge is a 14 years old kid from Magnolia, Texas who suffered from Fibular Hemimelia, which is a birth defect which resulted in his both legs to not have any tibia bones. As a result of this disease, he had his both legs amputated.

He had his legs amputated when he was only 2 and a half years old. Along with this, he also had to undergo reconstructive surgery for his both thumbs. He won the honorary ESPY Award this year for being an inspirational athlete.

Calder Hodge, who now walks wearing prosthetics, said that his dream is to one day win the Super Bowl and also be inducted in the Pro Football Hall of Fame. He got a start on his wish as he got to throw a TD pass at the NFL stadium with his partnership with the Detroit Lions.

For the start of the practice, the Lions players lined up for the play on the 6-yard line. Calder Hodge was given a snap by Frank Ragrow and Jones ran the fade route to the end zone’s left corner. It was then Calder Hodge threw a perfect spiral at hi for an easy TD. 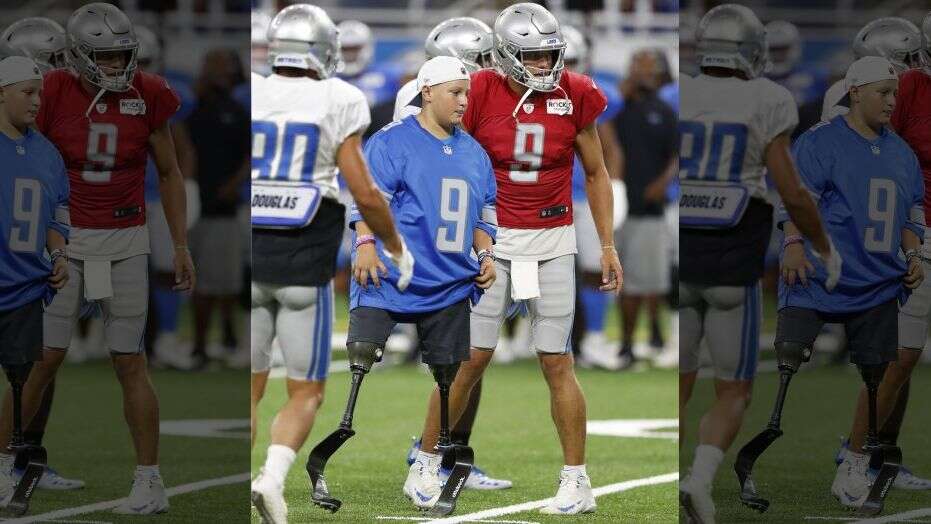 After the throw, Hodge was mobbed by the Detroit players and after that Hodge got to sit on the bench and see the whole practice.

After his TD pass, Hodge said with a beaming face, “it was crazy. It is a lifelong dream of mine to play in the NFL. So it was amazing to be able to go on the field and throw the ball at one of the best WD in the NFL.”

Aaron Donald voted as No 1 on the NFL’s list of ‘Top 100 Players of 2019’
Robert Quinn, the new Defensive End of the Dallas Cowboys breaks his hand during the practice
To Top