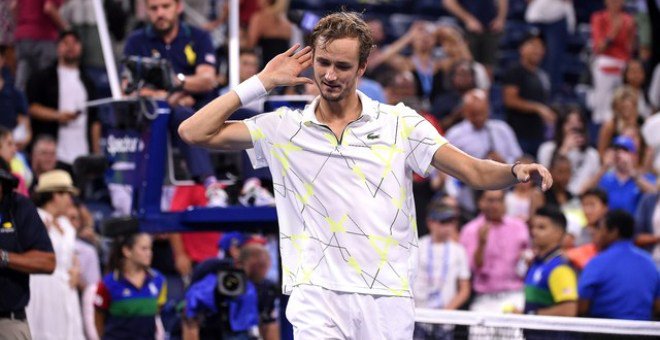 On the Friday night match of the US Open, Daniil Medvedev, the Russian tennis star was booed by the fans heavily first with his meltdown and then with an obscure gesture.  He was playing his 3rd round match against Feliciano Lopez of Spain. 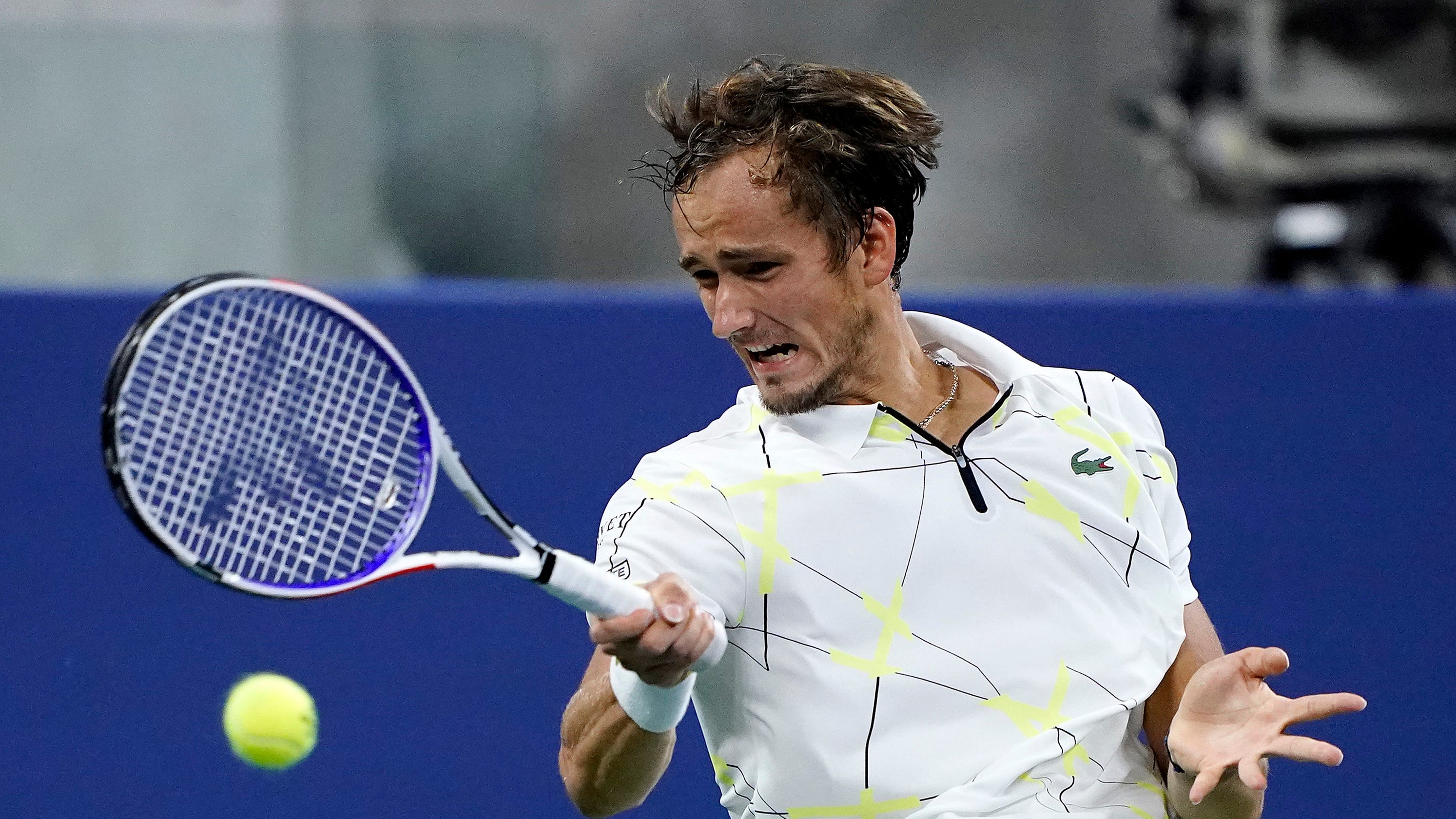 Medvedev had a message for his fans after he won the match.

5th seeded Medvedev first received a code violation during the 5- tie of the first set being played at the Louis Armstrong Stadium. In his frustration and anger, he snatched the towel from the ball person’s hand and then tossed it aside while glaring at the poor man.

After he was given code violation by the umpire named Damien Dumusois, 23 years old Medvedev then threw his racket on the court in his frustration. Still, no further call was made on this incident.

Fans did not like his behavior and they let him know of it with boos. However, what really angered the crowd was him flashing the middle finger on one side of his head as he walked off the court. 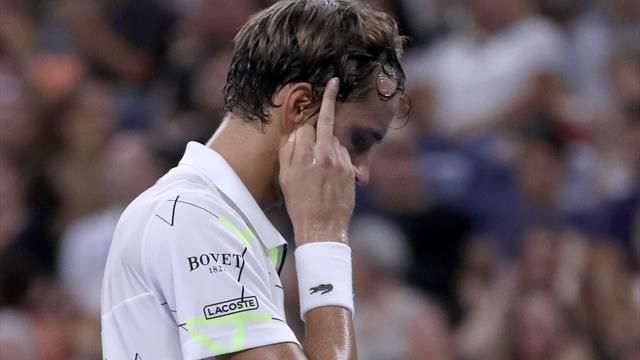 As he made the gesture on the side which was out of the sight of the Chair umpire, he did not saw it. Still, the cameras were able to catch it and then it was shown on the replay of the stadium.

Dumusois said that he cannot punish Medvedev for his gesture as he has only seen it on the replay. 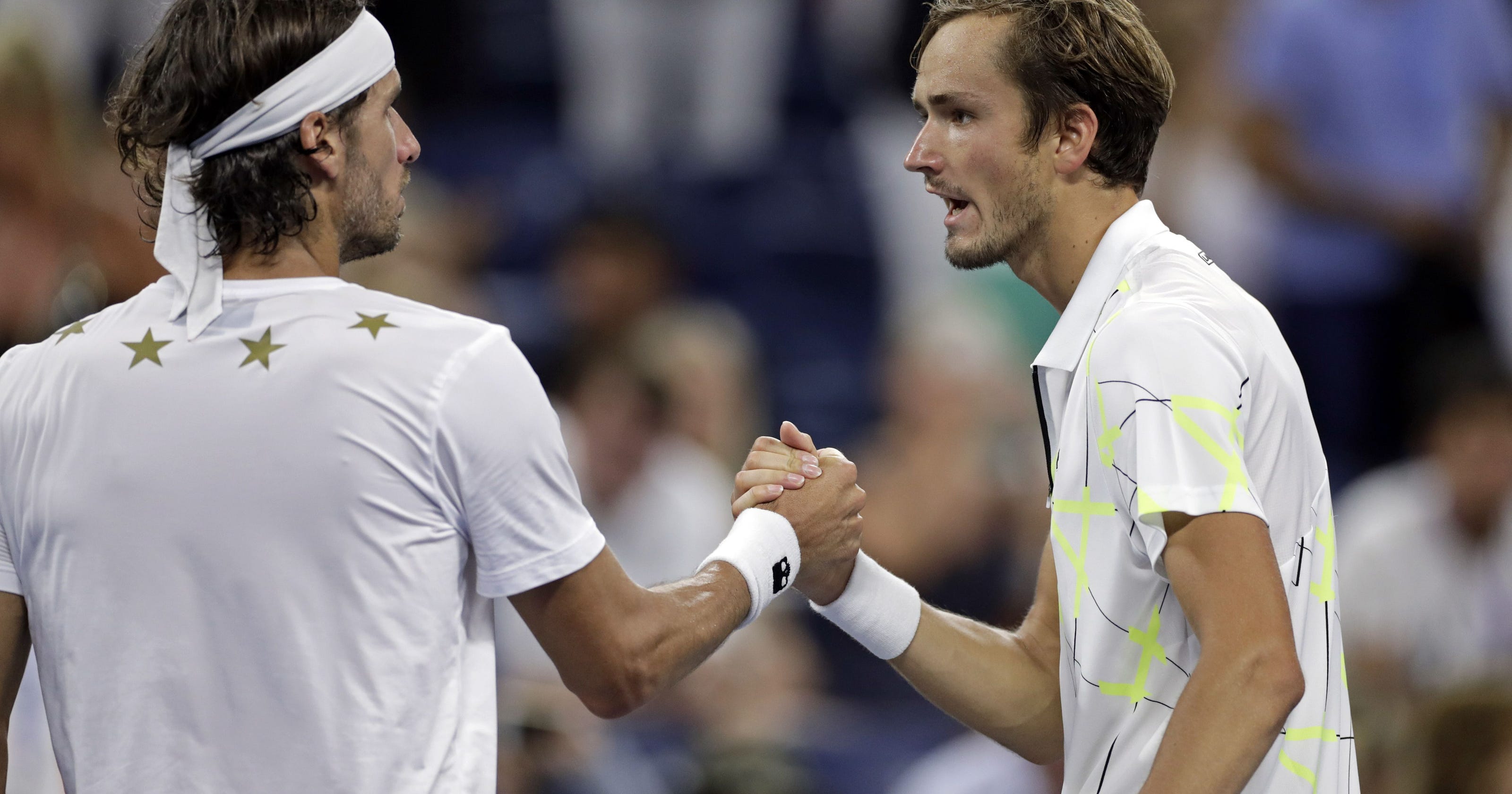 During his on-court interview he said, “I want to all of you know when you sleep tonight, I won because of you. The energy you have given me, I think it is going to be enough for me for the next 5 matches. The more you are going to do this, the more I will win for you guys, thank you.”

Coco Gauff to clash against Naomi Osaka in 3rd round match of US Open
Coco Gauff’s stunning run at the US Open ended by Naomi Osaka, the defending champion
To Top