Erik Cernak, the defenseman for the Tampa Bay Lightning had to serve 2 games suspension last month following his elbow infraction. 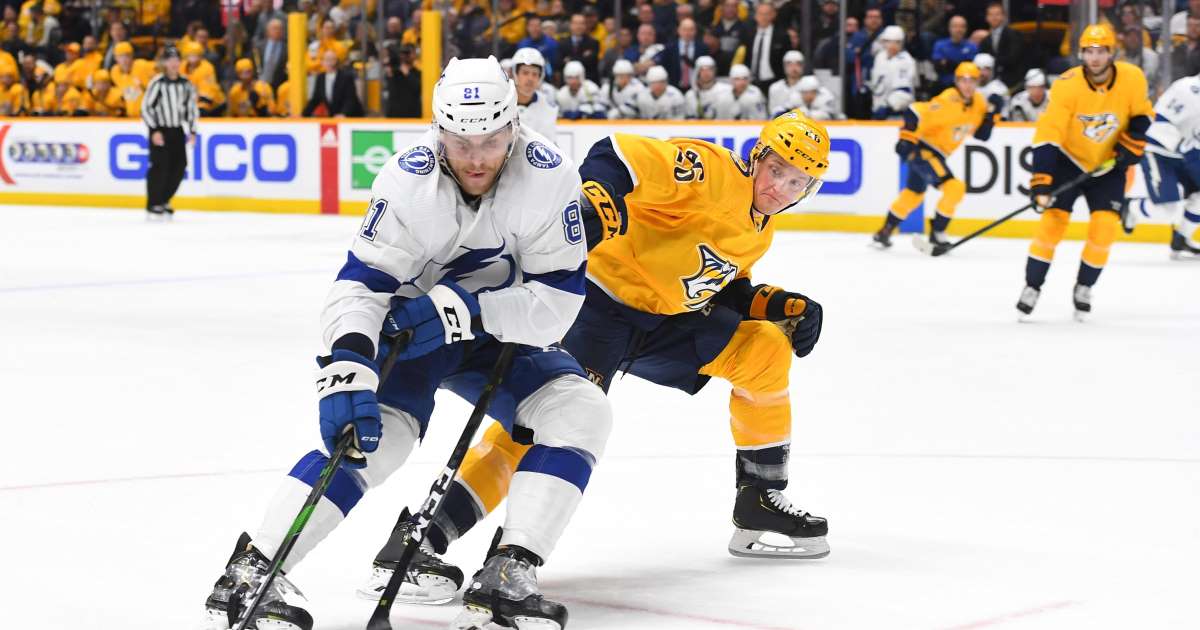 Now he is back and was playing in his second game since the return but he has managed to find himself in trouble with NHL once more.

Erik Cernak was given a two-minute penalty following his illegal check to the head as he hit the Daniel Carr of the Nashville Predators on the head from the left-wing. 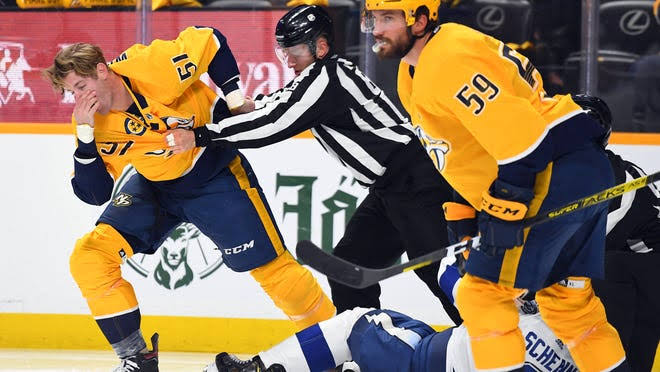 Carr was making an effort to fend of Brayden Point of Lightning in the 3rd period along with pursuing a puck near the boards when suddenly Erik Cernak came crashing into him and hit him. The hit caused Carr’s head to snap back against the gals boards. Carr was still able to play for 2 more shifts in the game after taking this hit.

Reminder that this is Cernak’s second game back from suspension pic.twitter.com/HR1saAqkOe

The previous suspension for Erik Cernak was sentenced to him following his elbow hit to Rasmus Dahlin of the buffalo Sabre which left him with a serious case of concussion.

As a result of the suspension, Erik Cernak lost 7500 dollars in pay along with the penalty that he will be considered a repeat offender and will suffer a higher pay deduction for the next suspension.

This as the 2nd hit form Erik Cernak following the 3-2 victory of the Lightning that has drawn some suspicions form the league. Ryan Johansen of the Nashville also got ejected during the 2ndperiod for elbowing Point.

Johansen later said that he accepts the responsibility of the hit but he is really frustrated following the hit of Erik Cernak on Carr. 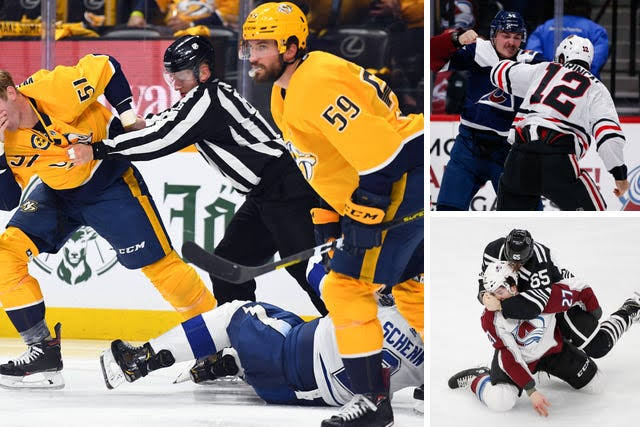 He said, “I think if you take a closer look at both of the plays, if mine is getting reviewed, then he should be no brainier for being reviewed. He is in a very vulnerable spot and Erik Cernak targeted his head.”

For his hit, Johansen was given a fine of 5000 dollars.