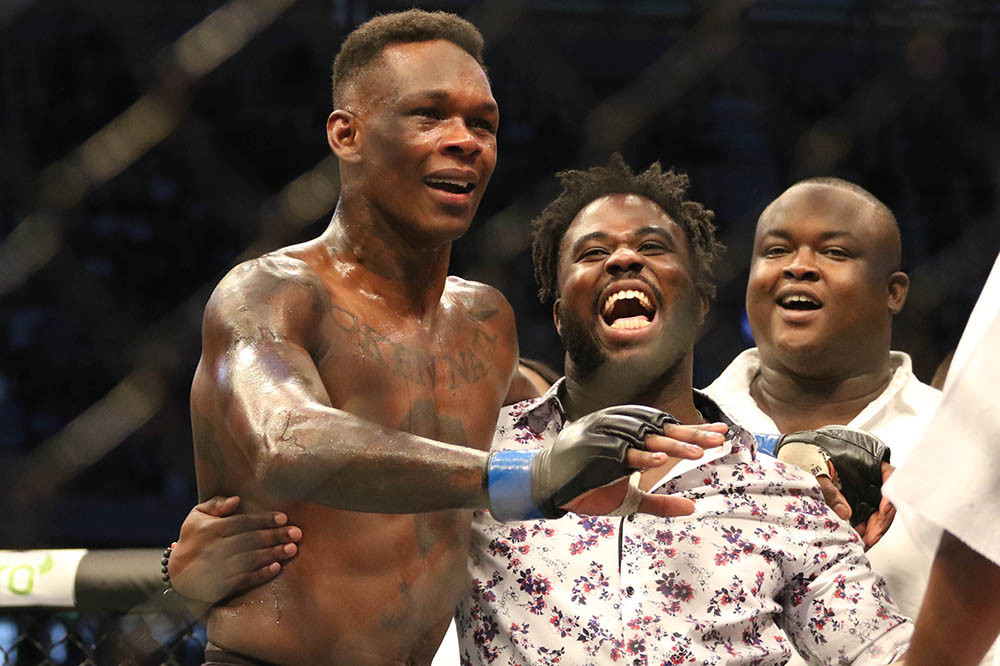 Now is the era of Israel Adesanya. Only after 18 months of making his debut to UFC, the kickboxer from New Zealand of Nigerian origin was able to complete his amazing journey to the height of UFC stardom as he gained a dominating win over Robert Whittaker in their UFC Middleweight Championship fight held on Saturday night.

The fight took place at the Marvel Stadium located in Melbourne, Australia in front of a large audience. Adesanya, whose career record is 18-0 MMA and 7-0 UFC, entered this fight as the interim champion and was able to knock his opponent Whittaker, whose career record is 20-5 MMA and 11-3 UFC, on the mark of 3:33 of the 2nd round. With this win, Adesanya was able to unify the middleweight title of the UFC. 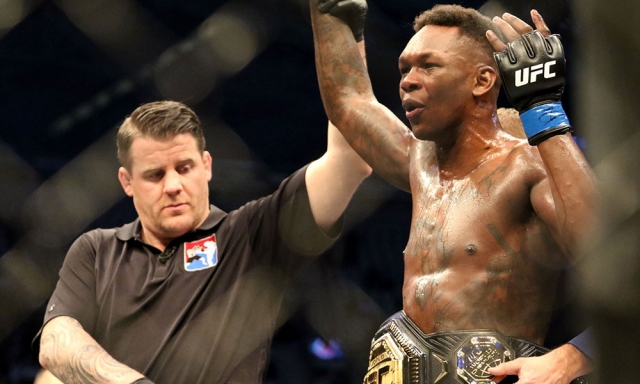 Adesanya said of his opponent, “He gave everything he and to me. We had everything planned out from A to Z. still, to win is unreal. They kept on saying that I and no Knockout power in me.” 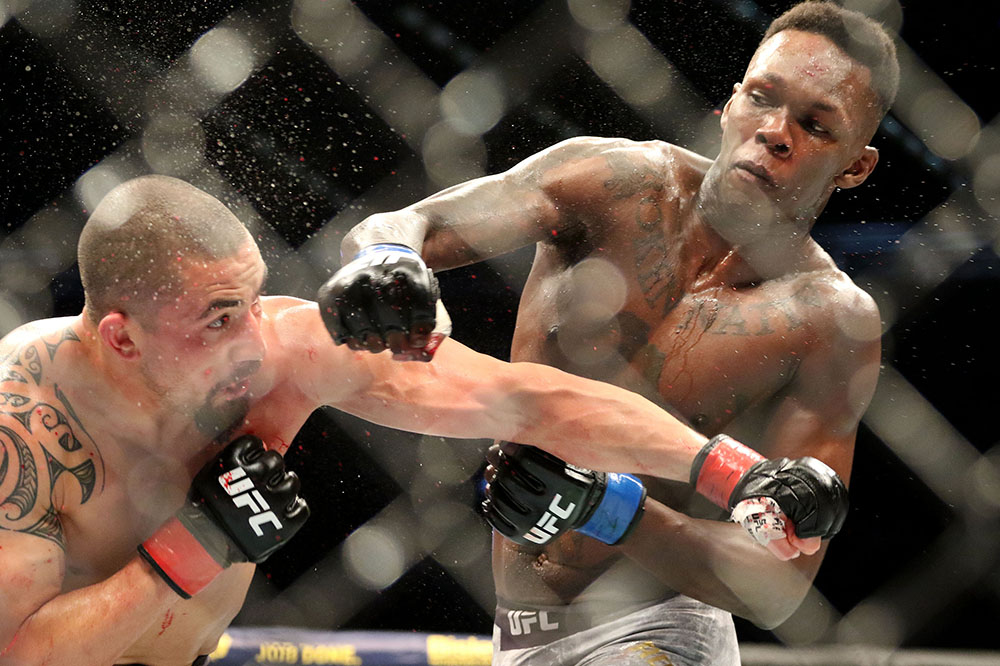 Whittaker, who was fighting since his last fight being in June of 2018, came to the octagon loading up some pretty big shots and caught his opponent a few times during the 1st round with his hooks, jabs and his overhands. 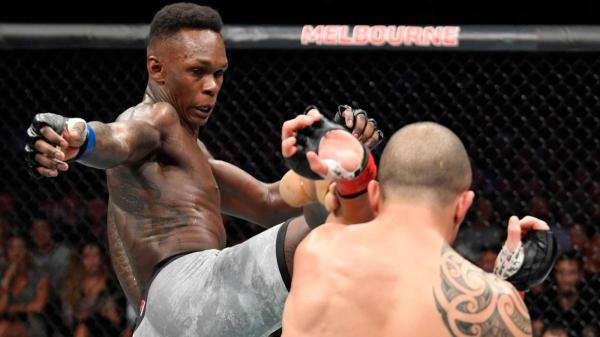 As the fight progressed in the 1st round, it seemed that Adesanya had figured his opponent out and then began his striking from a range. As for his best, Adesanya saved it for the last and was able to drop Whittaker on the floor with his flush on his haw before the horn for the 1st round was sounded. 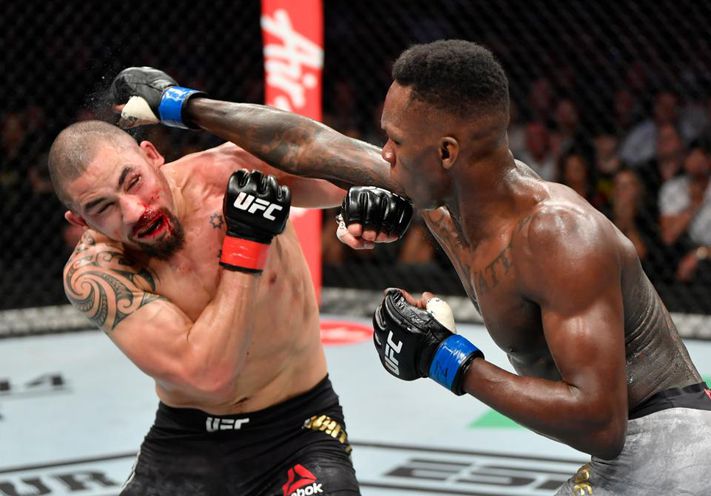 The 2nd round saw Adesanya taking control of the whole fight with Whittaker only throwing in few strikes which Adesanya was able to evade effortlessly and responded with his crisp and sharp counter combinations. 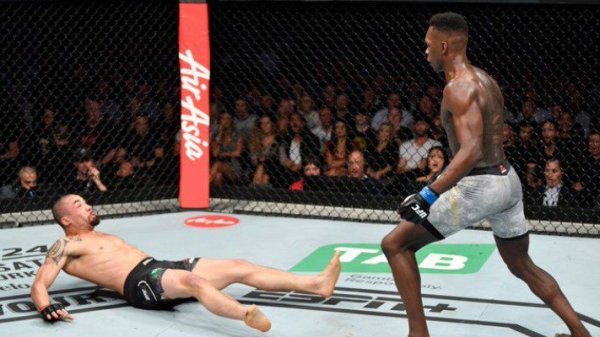 One of those sharp combos was responsible to put an end to the fight. Whittaker threw in a flashing flush straight on which Adesanya was able to evade and land his own counter right following which came a big blow and then a left on Whittaker’s jaw to take him out and end the fight. 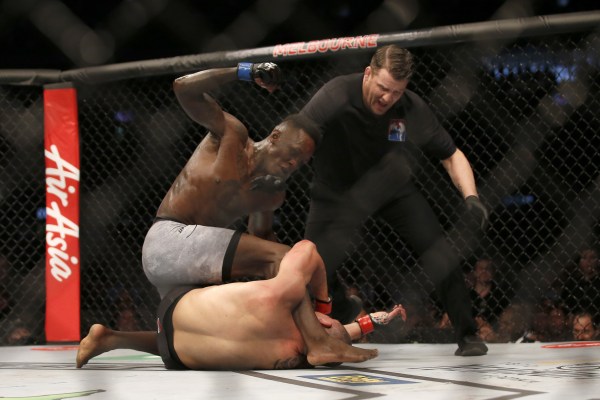 This is the fifth finishing victory for Adesanya in his last 7 UFC fights. As for Whittaker, who was on a 4 fight winning steak starting from back in 2014, it snapped on Saturday night.