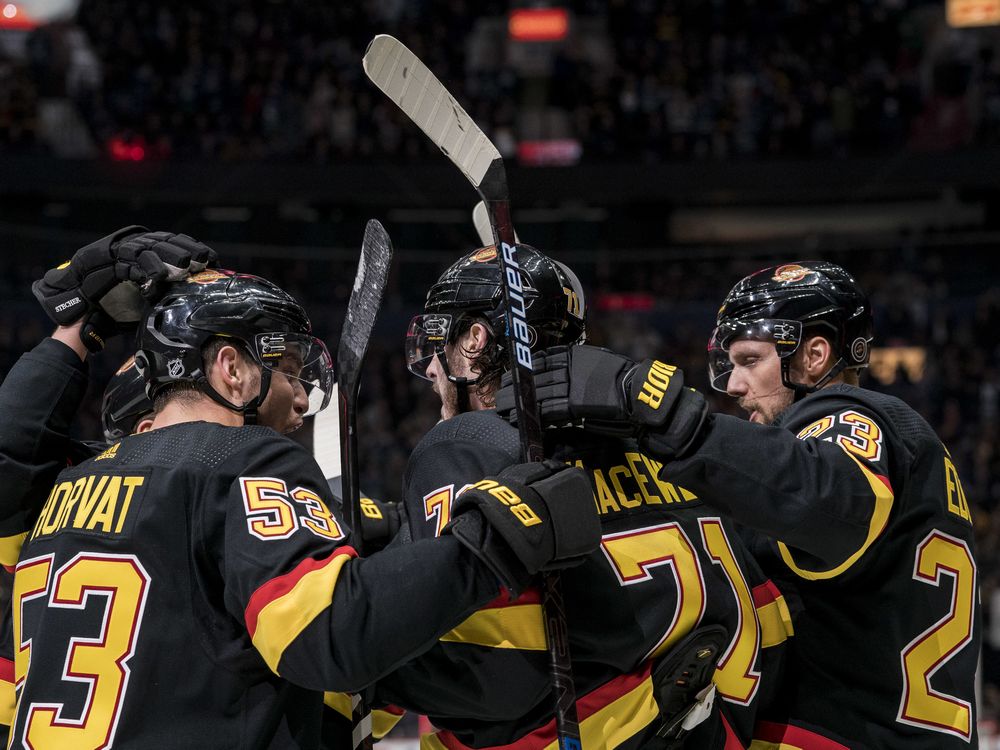 During the NHL game of Nashville Predators VS Vancouver Canucks, Jacob Markstrom made 36 saves while Elias Pettersson and J.T. Miller both scored 1 goal each as well as an assist that led to Vancouver Canucks’ 6-2 win on a Monday night. 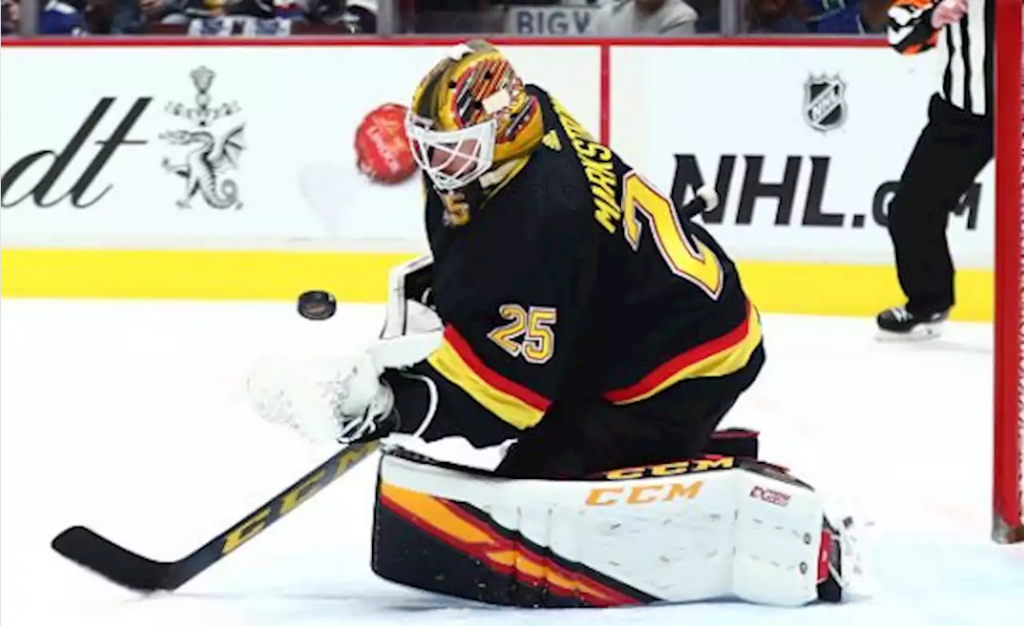 Zack MacEwen, Brandon Sutter, Jordie Benn, and Jake Virtanen all scored 1 goal each for Vancouver Canucks on the night when Vancouver was clearing the Sedin Week for celebrating the retirement of their star players like Henrik and Daniel Sedin. Their numbers will be retired by the franchise on Wednesday night. 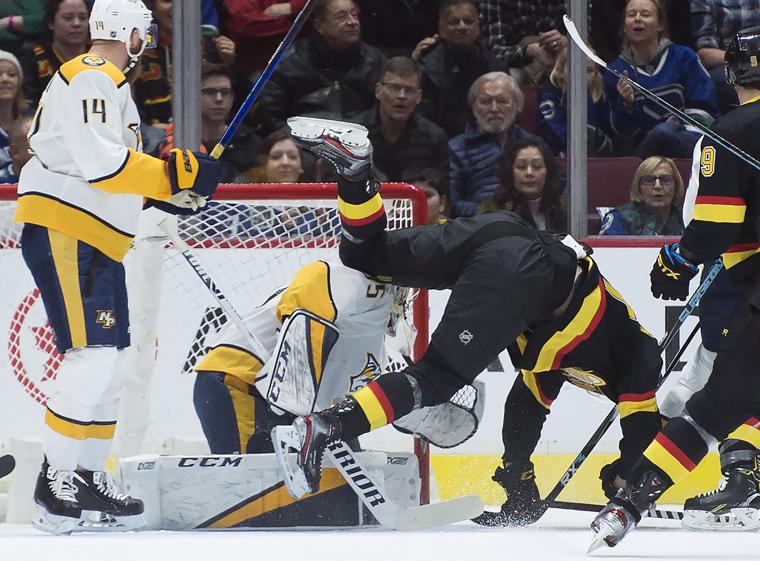 Markstrom said, “You have got to need to come p with some timely saves and today we also scored a lot of goals. But when a player is called up to help their team, then they really need to step up their game especially during this time into the season.” 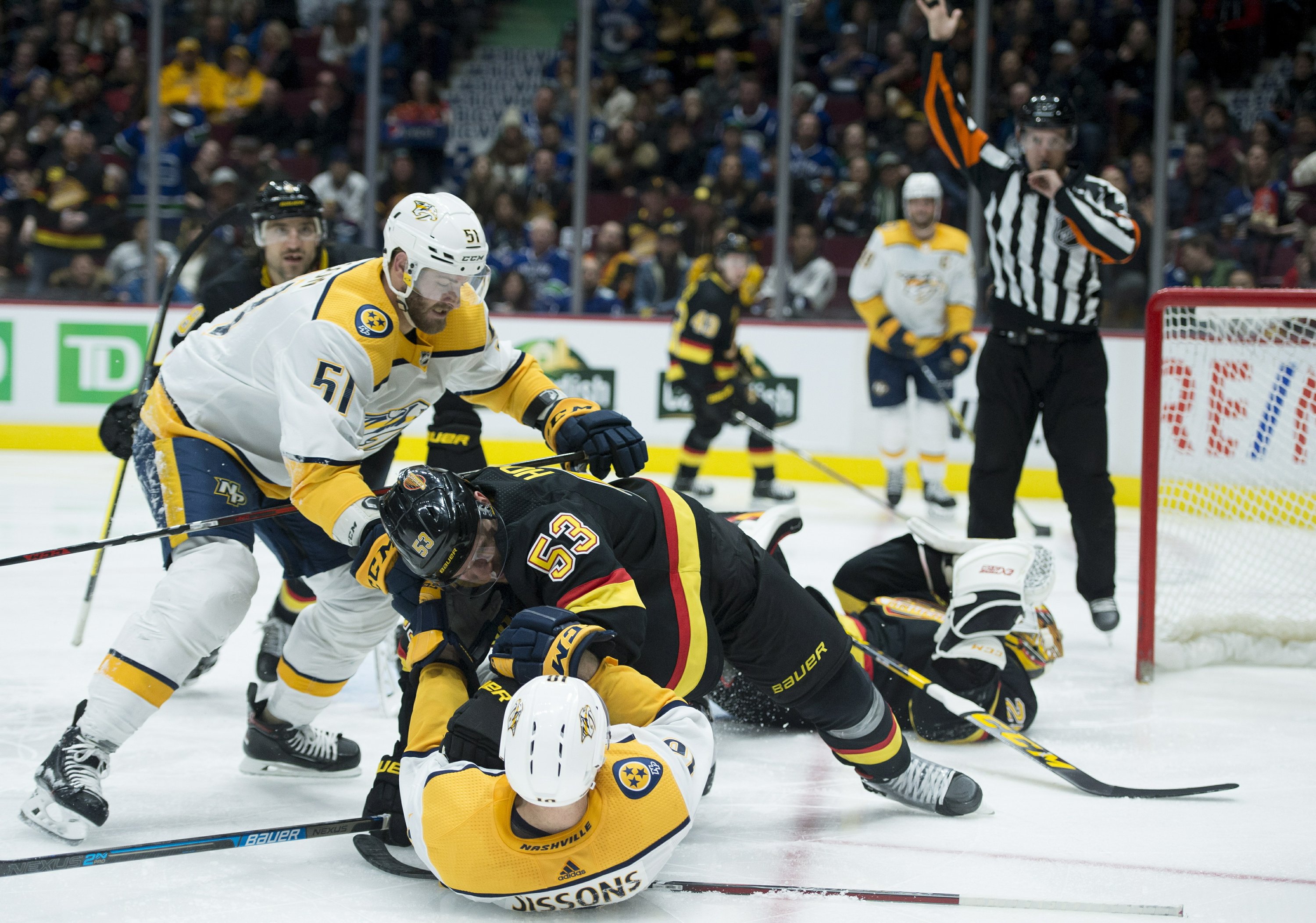 Travis Green, the coach for Vancouver Canucks went ahead with Markstrom as their goalie despite the team’s 6-2 loss on Saturday night against the Calgary Flames.

Green said, “He was great. I have been with Marky for a while now. We needed the response and I knew that he was not bad or he did not have a good game against the Flames but it does not happen too often that he has a bad game consecutively.” 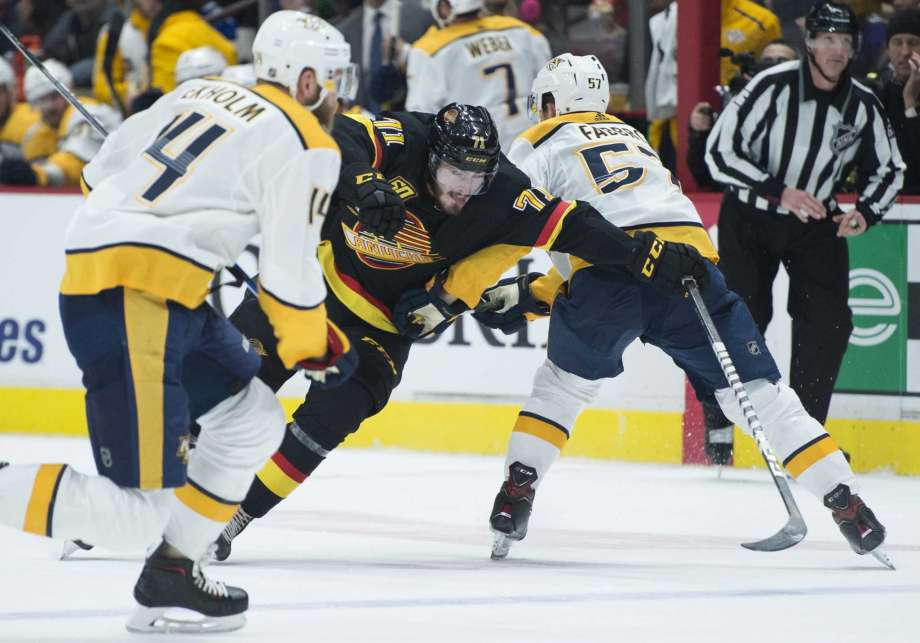 Quinn Hughes, who had 3 assists in this game, was able to take the rookie lead for the scoring race with his 44 points as the 4-game losing streak of Vancouver Canucks ended. 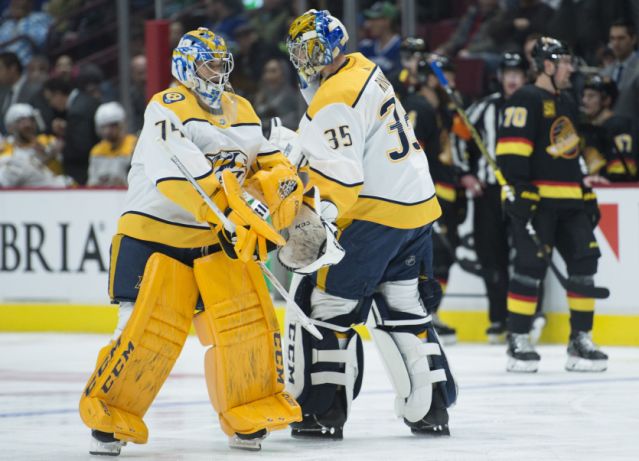 Stan Smyl, the former captain of the Canucks, Markus Naslund and Trevor Linden were all available for the game on the Legends Night.

As for the 2 goals of Predators, they were scored by Craig Smith and Mikael Granlund respectively.