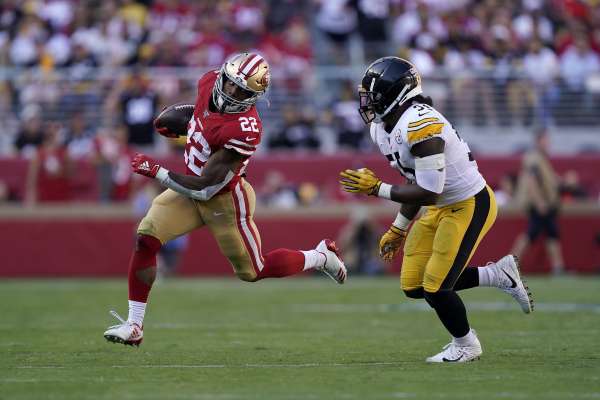 The Monday night game of NFL between San Francisco 49ers and Cleveland Browns was a great one for the 49ers. They not only got a 31- 3 win by great margin against the Browns but the running back of the team Matt Breida was able to record 22.3 mph run for a ball carrier to make the 83-yard TD in the 1st quarter. 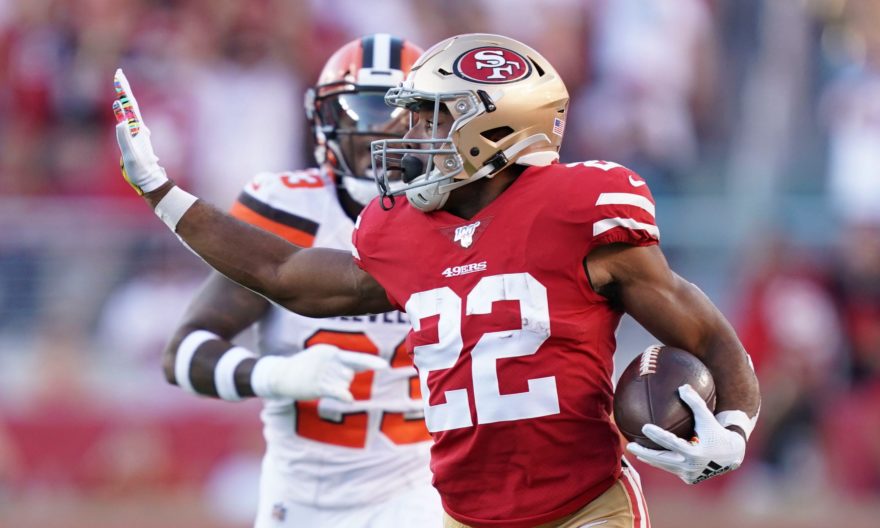 The speed by Brett was the fastest reached speed by a ball carrier in any of the NFL since the start of the 2018 season. 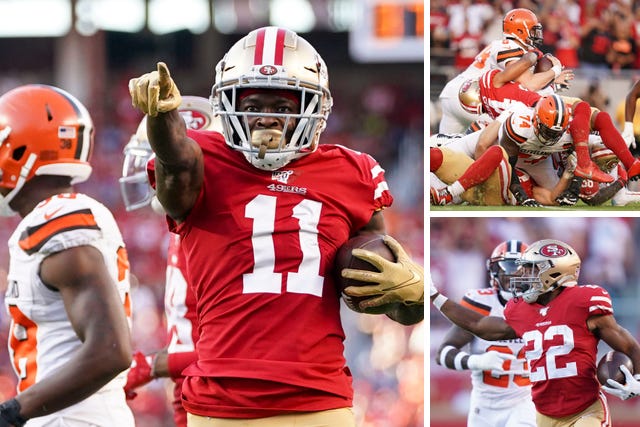 In the last 2 seasons, Breida has timed for two of the three fastest ball carry times. His first one was for 22.09 mph during the San Francisco 49ers’ loss of 27-9 against the Tamp Bay Buccaneers back in Week 12 of the 2018 NFL season. 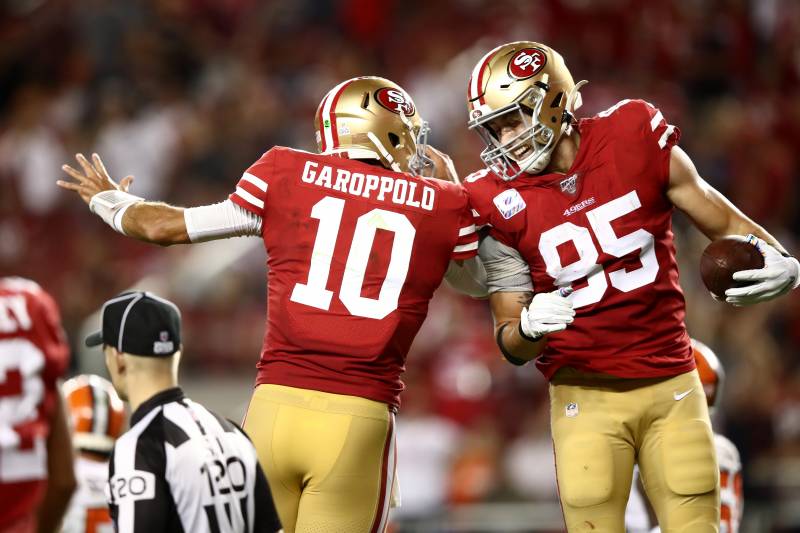 Below is the 83-yard TD run by Breida which is also the longest of Breida’s NFL carrier.

Another player to have timed the sped of 22.23 mph was Cordarrelle Patterson of the NFL team Chicago Bears who made the feat during the team’s game against Dover Broncos in Week 2 this season.

Breida is playing his 3rd NFL season with the 49ers after the team drafted him from the free agency out of Georgia Town. Following a disappointing season in the Senior Year, Breida was never called out for the NFL Scouting Combine. Still, on the pro day, he was able to display the speed of NFL caliber. Breida’s time for the 49-yard dash is 4:38 seconds which is only a hundredth of a second off by the top time that has been registered by the top running back at the NF combine that year.