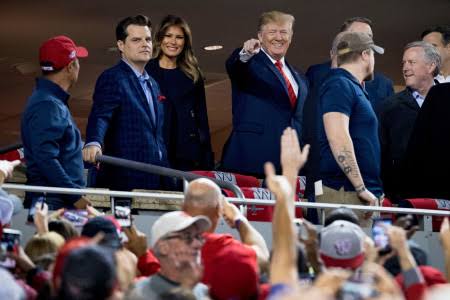 President Donald Trump was at the Game 5 of the World Series held between the MLB teams Houston Astros and the Washington Nationals. But what he did not expect was that he was to be greeted with the thunderous chorus of the humiliating boos from the crowd at attendance in the stadium. 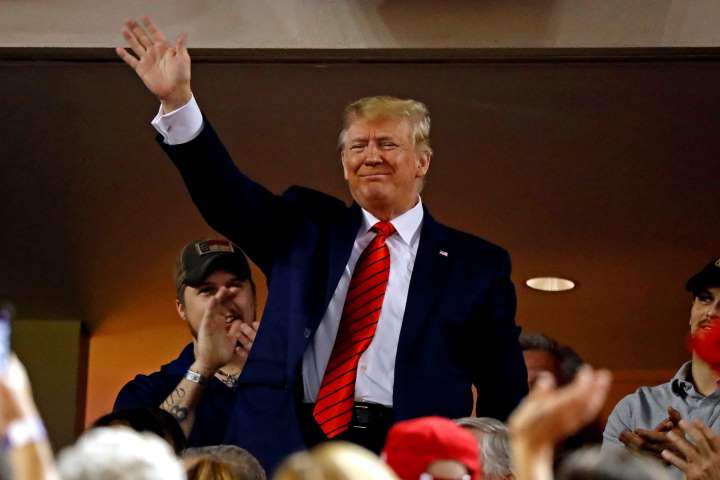 Trump showed up moments after the 1st inning ended and was then introduced to the crowd following the 3rd inning as the Nationals saluted to veterans which is a regular featuring scene at the games of Nationals.

As the 4th inning started, fans started chanting in loud noise, Lock Him up which was a jab at the motto that supporters of Trump had directed towards Hillary Clinton back in 2016. 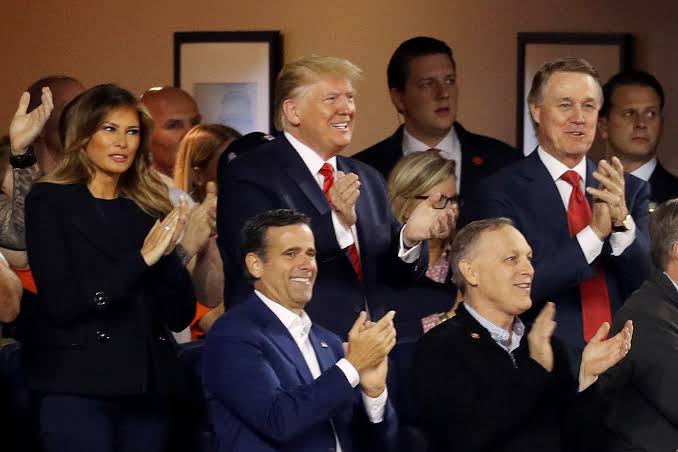 Trump was sitting in the Washington Suite with his wife Melania where they were joined by a lot of other politicians such as Sen. Lindsey Graham, Mark Meadows, Matt Gaetz, Liz Cheney, and Steve Scalise among many others.

President Trump was booed loudly by the fans at Nats Park when he was shown on the big screen.
Then came a loud chant: “Lock him up.” @wusa9 pic.twitter.com/LBbgSAHd6k

Trump was not sitting with the principal owners of the Washington Nationals franchise; the Lerner family. One representative of the Lerner family placed a request with the MLB to not put them in a position where they have to turn down a request for the White House to sit with Donald Trump. 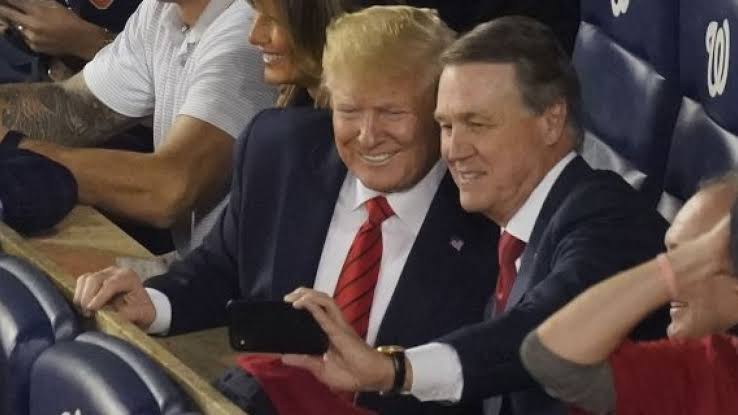 Since January of 2017, when Trump took the office, he has not attended a single one of the MLB games.

Since 1910, every US President since William Taft has thrown the ceremonial first pitch during their time at the Oval Office either on the Opening Day, the Al-Star game or the World Series. 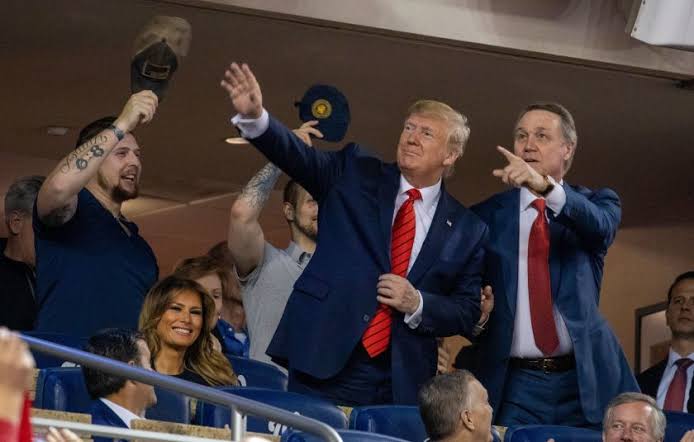 Rob Manfred, MLB commissioner said, “On Friday, Trump notified the league that he does not want to throw the ceremonial first pitch and also won’t make any public appearance to make the experience of the fans as much positive as possible.”

Olympic Gold Medalist, Simone Biles does backflip before throwing the first pitch for the Game 2 of World Series

Sister of Shaquille O’Neal died of cancer, and the crew of TNT’s program ‘Inside the NBA’ presented a touching tribute
Pete Reed the 3-time Olympic gold medal winning rower, is paralyzed following a spinal stroke
To Top